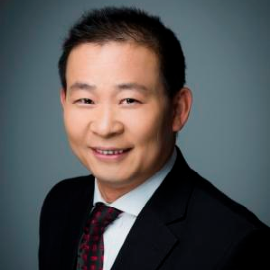 As a new decade begins, the pace of change in Toronto shows no sign of slowing. Trends and plans are in motion that are set to re-shape our city by the year 2030.

A major factor: population. By 2031, the City of Toronto estimates that the downtown core alone will have 500,000 more residents. Statistics Canada says the population in the Greater Toronto Area will grow by millions and it will be the fastest-growing part of Ontario. The need to house, move and employ those new people is already starting to shape the city.

“I think it’s going to be very different,” Mayor John Tory says of the Toronto of the future. “It’s certainly going to be much bigger. That’s one of the reasons we have to make investments are now in transit and affordable housing.”

Toronto’s Skyline Evolution: As of March 2019, Toronto boasted no fewer than 60 skyscrapers, with 31 to be added by 2024, and another 50 planned. YOUTUBE

Toronto’s skyline will have changed, with dozens of plans for skyscrapers that would open in the 2030s already submitted to the city for approval. Some buildings, such as The One at Yonge and Bloor, or the tallest Pinnacle One Yonge tower, are both planned to be more than 1,000 feet tall, encroaching on the 1,800 ft.-CN Tower’s dominance of today’s skyline.

Toronto’s chief city planner, Gregg Lintern, believes the density that people are used to downtown will be the norm all over the city, in areas that are currently residential or suburban. Underpinning it all should be better transit.

By 2030, the Eglinton Crosstown, currently in construction, will have been in service for years. In theory, the Ontario Line should also be up and running, if the province’s promise to finish it by 2027 comes to pass. In the city’s northwest, the Finch West LRT, should be shuttling people between Humber College and Finch West station. GO Transit expansion will be complete, with more frequent service and additional stops on each of the region’s rail lines.

The influx of new residents means Toronto in 2030 will likely be fighting the same battle to find affordable space – despite the city’s goal of building 40,000 new units of affordable housing by then. Lintern says that goal is ambitious but the city is serious about getting it done.

“We’ve got to do that in 10 years, but we’ve got to think that we aim for a goal,” he says. “We’ve got an action plan, we’ve got a really robust roadmap. Now we have to get at it.”

With all this change, there’s some things about the city that should stay the same, says Matti Siemiatycki, director of the School of Cities at the University of Toronto.

“What’s interesting about Toronto is if the values of this city – the diversity and the concerns about equity and concerns about the environment – if those can be brought into the companies that are formed here, and into public policy that’s formed here, there’s a real possibility that Toronto could be a place that becomes a model for how other cities are going to develop.”

Despite a projected downturn in Canada’s economy by 2030, the Toronto Region Board of Trade sees not just Toronto, but the region, booming with a network of specialized workforces in different areas.

At the fore of that will be the tech sector, says Jan de Silva, the board’s president and CEO. The sector already contributes more than $8 billion to the economy through wages alone, according to the City of Toronto. A report released in 2019 by BMO Capital Markets estimates there are as many as 241,000 tech sector jobs in the region.

“Where Toronto today is normally defined for our innovation talent and in the innovation research, we have been lagging and actually applying that technologies to solutions,” says de Silva. “By 2030, we’ll see made-in-Toronto innovations.”

Whether developed here or abroad, tech will continue to transform how we live our lives, says Jason Goldlist, co-founder of TechToronto.